BioMedSA Announces ExThera’s CEO as the Winner of the 2021 Innovation Award in Healthcare and Bioscience
July 9, 2021
Back to All Press Releases 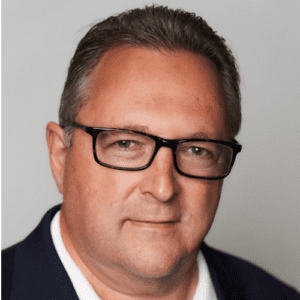 An inventor of a Groundbreaking Device to Treat COVID-19 and other bloodstream infections, ExThera Medical’s CEO Robert Ward to be Recognized by BioMedSA for Innovation in Healthcare and Bioscience
ExThera Medical’s Seraph 100 has brought a transformational treatment approach to the battle against severe COVID-19 cases in the United States

(SAN ANTONIO) July 9, 2021 – Dr. Robert Ward of ExThera Medical will be presented with the 2021 BioMedSA Award for Innovation in Healthcare and Bioscience for the development of the Seraph 100, a groundbreaking device used in the treatment of critically ill COVID-19 patients. The Seraph 100, a blood purification device, has been granted Investigational Device Exemption by the Food and Drug Administration and is moving forward with a randomized control study to determine the Seraph’s effectiveness against pathogen associated shock

Based in California, Bob Ward is the founder and president of ExThera Medical Corporation where he developed a method of extracting pathogens from blood which has been used on the frontline to battle COVID-19. As a patient’s blood flows through the Seraph® Microbind® Affinity Blood Filter, it passes over tiny beads with receptors that mimic the receptors on human cells that pathogens target when they invade the body. Harmful substances – such as the SARS-COV-2 virus – are quickly captured and adsorbed onto the surface of the beads and are removed from the bloodstream. Ward’s Seraph 100 device has already saved the lives of hundreds of patients with COVID-19, including several in San Antonio, and his company is currently conducting a multi-center, 3-armed observational study (PURIFY-OBS-1). This DoD funded clinical trial will be followed by PURIFY-RCT, a trial to treat “Pathogen Associated Shock” at 15 sites in the USA, including five military treatment facilities, some in San Antonio.

“It is an incredible honor to be recognized by your peers and such a highly regarded organization such as BioMedSA,” said ExThera Medical CEO Robert Ward. “We are proud to be saving lives during the COVID-19 pandemic under our FDA Emergency Use Authorization and we are confident this new trial will help lead to the expansion of approved indications for Seraph 100 in the United States including life-threatening bloodstream infections beyond COVID-19.”

Prior to ExThera Medical, Ward led several companies whose innovations have benefitted patients, including as President/CEO and founder of the Polymer Technology Group (PTG), President of the Biomaterials Division at Thoratec and Director of Research at Avco Medical Products. He has invented materials and components that have been used in dozens of devices and prosthetic implants including intra-aortic balloons, artificial hearts, VADs, catheters, orthopedic implants, pacemakers, neurostimulation devices, vascular grafts, continuous glucose sensors and silicone hydrogel contact lenses.

“Robert Ward is simply a titan in the field,” noted BioMedSA President Heather Hanson. “His innovations in battling COVID-19 and sepsis are remarkable, but his entire career of innovation, invention and commercialization of technologies has made an indelible impact on patients around the world.”

“Robert Ward has made significant contributions to the advancement of biomedical engineering,” commented Dr. Leonard Pinchuk, BioMedSA Innovation Award Winner in 2017, who nominated Robert for this award. “His remarkable combination of scientific prowess, entrepreneurial dedication and philanthropic commitment epitomizes the kind of leadership we should hold up as an example for generations to come.”

Ward is a member of the National Academy of Engineering and received an honorary Ph.D. from the University of Massachusetts Lowell for his life’s work in biomaterials and medical devices. He has over 170 technical publications and more than 60 patents.

The Ward family has given nearly $2 million in philanthropic contributions to the University of Massachusetts Lowell to further advance its mission, establishing the Robert and Gail Ward Biomedical Materials Development Laboratory at the Saab Emerging Technologies and Innovation Center; the Ward Family Chemical Engineering Endowed Scholarship Fund; and the Robert and Gail Ward Endowed Professorship in Biomedical Materials Development.

Robert studied engineering management and polymer science at Northeastern University and received a bachelor’s degree in chemical engineering from the University of Massachusetts Lowell.

BioMedSA also honored Basil A. Pruitt, Jr. M.D., one of the founding fathers of modern trauma and burn medicine, with its first Lifetime Achievement Award in 2018. Dr. Pruitt died in March 2019.

For details on the celebration on September 23, please go to www.BioMedSA.org.

ABOUT BIOMEDSA
San Antonio, the seventh largest city in America, is increasingly recognized as a City of Science and Health as well as the Home of U.S. Military Medicine. Healthcare and bioscience are a leading engine of the city’s economy, employing more than 1 of every 6 members of the San Antonio workforce, with an annual economic impact exceeding $40 billion. San Antonio’s biomedical sector combines unique assets, diverse resources, and a tangible spirit of collaboration. Innovations that save lives around the world are being discovered, developed, and commercialized in San Antonio.

ABOUT EXTHERA MEDICAL CORPORATION
ExThera Medical Corporation develops and commercializes extracorporeal blood filtration devices, including the Seraph® 100 Microbind® Affinity Blood Filter for removing a broad range of harmful substances from the bloodstream of patients. Seraph can be used in hospitals, clinics, or field hospitals to address infections caused by battlefield wounds or pandemics. ExThera Medical’s extracorporeal products have demonstrated life-saving capabilities in a wide range of critically ill patients suffering from severe infections. With a growing body of outcome and health economic evidence from independent clinical studies, participation in the DARPA Dialysis-Like Therapeutics program, and successful clinical use in the US and EU, the company is well-positioned to serve healthcare professionals and patients alike. For more information visit the company’s website at www.extheramedical.com.

Disclaimer
All information contained in this news release derives from plausible reliable sources, which, however, have not been independently examined. There is no warranty, confirmation or guarantee, and no responsibility or liability is taken concerning correctness or completeness. As far as it is allowed by the relevant law, no liability whatsoever is taken on for any direct or indirect loss caused by the deployment of this news release or its contents. This communication includes forward-looking statements regarding events, trends and business prospects that may affect our future operating results and financial position. Such statements are subject to risks and uncertainties that could cause our actual results and financial position to differ materially. The investment and/or the revenues that arise from it can rise or fall. A total loss is possible. Persons who are in possession of this news release are requested to obtain information concerning possible legal limitations and to observe them accordingly. We assume no responsibility to update or revise any forward-looking statements contained in this news release to reflect events, trends, or circumstances after the date of this news release.